“A local legend says that a few centuries ago there was a dragon living near Redondela who would come down to the town from time to time to take a young woman back up to his cave. It did this several times until one day the young local sailors built up their courage and decided to go to see the dragon to put a stop to this. After a long and difficult battle, the sailors were victorious. When they had beaten thedragon,  they freed all the young women he had kidnapped and brought the dragon back down to the town. On the dragons death the brave sailors took out their swords and started dancing around it in celebration”.

To comemorate this legend every year during the Corpus Christi procession  a figure of a dragon is brought out and paraded in front of the locals. Several dances are performed including the renowned Sword dance reconstructing this well known legend.

This tradition is now a local festival which lasts a few days and includes many shows, concerts, exhibitions and events during the night.

“Os maios” is a celebration that takes place to say googbye to the Winter and welcome in the Spring when the plants start flowering and the first fruits begin to appear this is an old Galician festival that is still celebrated in many towns. 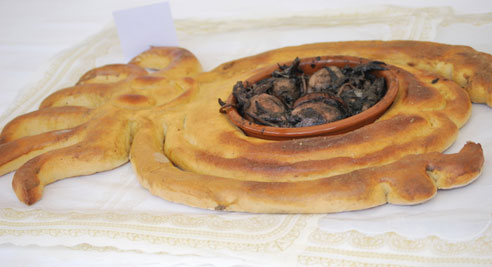 Traditionally this festival is celebrated in the first two weeks in May as there is a greater number of cefalopodo during this period.This local festival offers all its visitors a wide range of cultural events which include concerts, sport and childrens games amongst others.A competition  is also held in which ´´el choco´´ is its much valued prize.

From the 14th to 19th May you will be able to see professional pupeteers from Asturias, Catalunya, France, India, China, Russia, Kenya, Argentina,Mexico and Hungary demonstrating their art using the most innovative and up to date materials in their field. 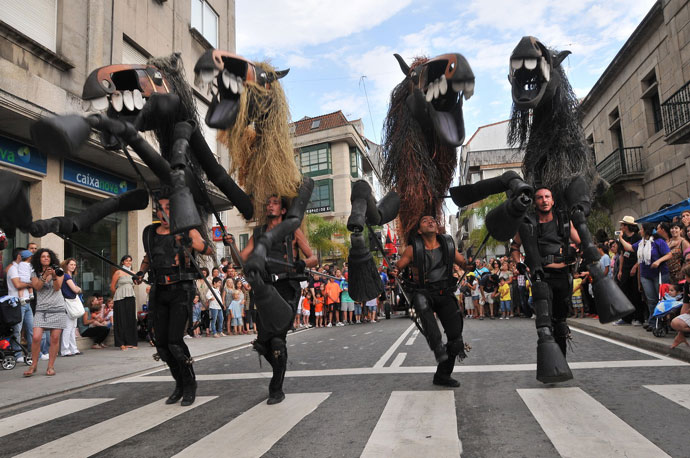